So have you had time to take a guess at what Lola Pug got up to on her exciting trip to the land of palm trees and manatees?

When we last left her, HRH was rather happily soaking up some much needed vitamin D…

…but it wasn’t ALL about sunshine and relaxing.

Lola Pug was active and sprightly… 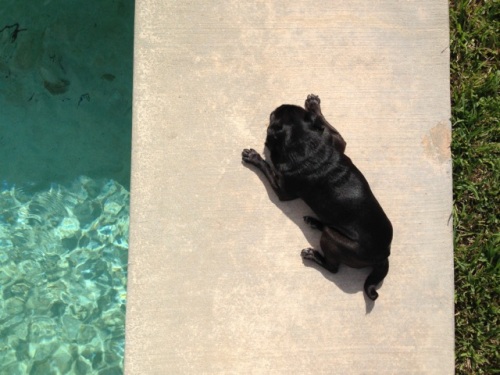 …she went for exciting walks that involved a lot of exercise…

All in all, I think I had a very happy pug on my hands. 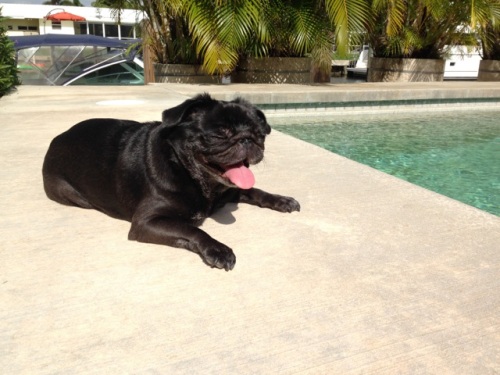 But even the best of things must come to an end. I broke the news to Lola Pug gently, just as her Auntie was giving her a post-yogurt skritch…

Our visit was short, but it was just what we needed to recharge our batteries and feel a bit of warmth on our skin before returning to the long winter ahead.

You might be cold and frosty, dear city, but it warms my heart to see you again.

I might be the only one who feels that way, though. 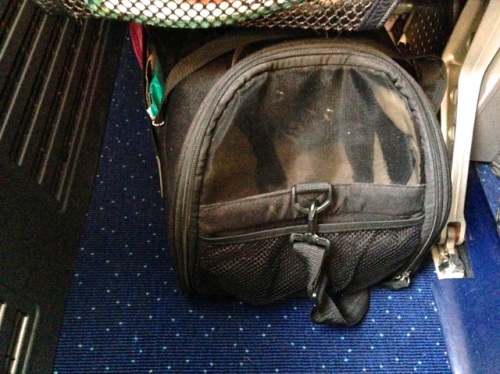 So I guess I had better get my thinking cap on and line up some new adventures before someone cries mutiny, and teaches herself how to book her own flights.

Wishing everyone in the North American snowbelt many warm, palm tree dreams this frosty weekend!

Now, little pug. What are we going to get up to next….

Pugs at the Beach

For our last morning in Chicago, Donald and Daisy had something special planned, so we headed out to fortify ourselves with eggs and cinnamon buns before we hit the road.

Daisy didn’t seem to be too thrilled with our outing, even when we posed her next to her namesake flowers. 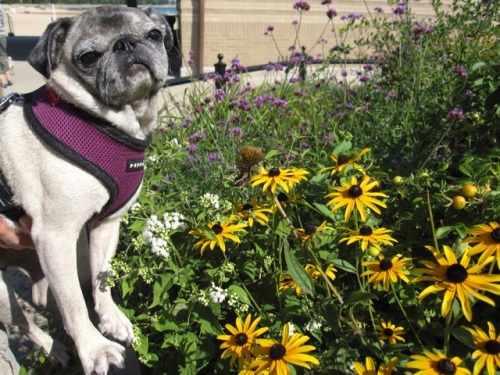 And we soon found out why.

Chicago is amazing, not only for the architecture and the food, but also for the beaches! Seriously!

And Daisy is not a fan of the beach. 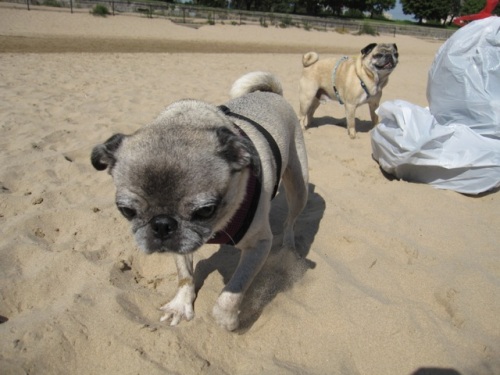 Donald, however, could not have been happier.

We tried to line the pugs up for a butt shot…

…but no one was keen on cooperating, and chaos was the name of the game.

Donald broke free to run and chase waves, while Daisy stood and contemplated the misery that had suddenly enveloped her life. 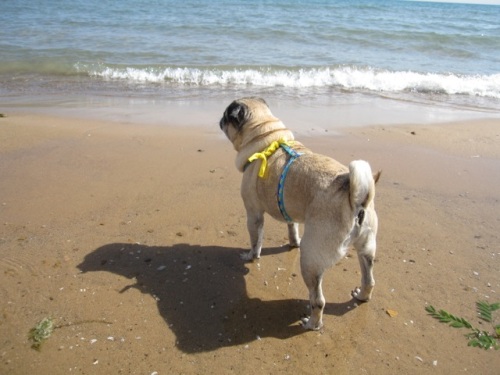 He could not have been happier.

Even seaweed is exciting! And tasty. 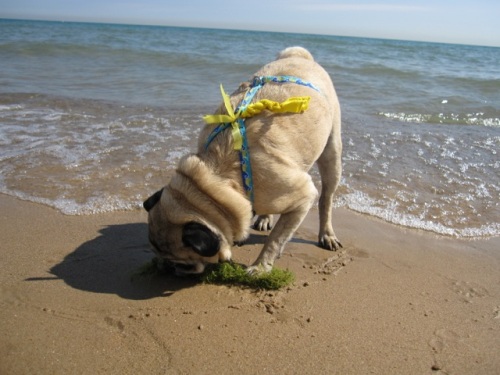 Lola Pug doesn’t mind the beach, but water might as well be hot lava to her, so her joy is somewhat limited. 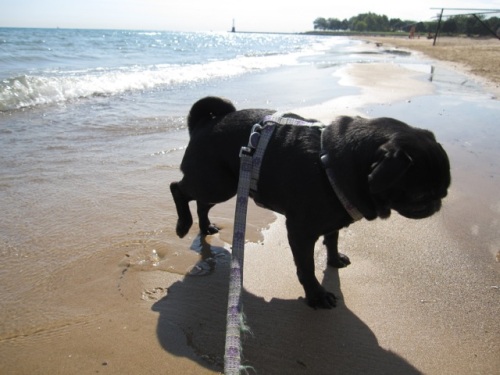 Daisy stood as far away from the water as she could, while still keeping us in view.

After much pleading on Daisy’s part, we decided that it might be time to pack it up and head to the airport.

You okay with that, Donald?

I know. It’s hard to leave THIS behind….

So it’s into The Bag we go, little pug… 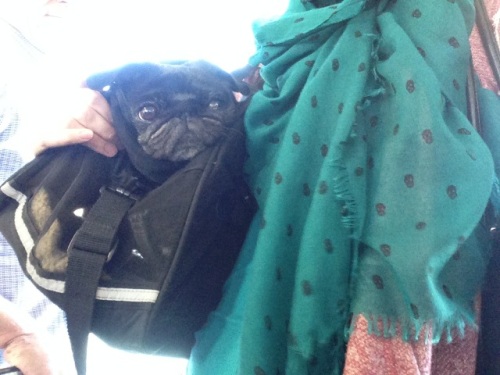 …and up into the air to bid farewell to our host city.

Lola Pug usually sleeps in-flight, but the trip was such a quick up and down for us, that she never really got a chance to rest. She basically just lay there, and stared at me the entire time.

Either way, I can see all the way down to your tail here, little one. 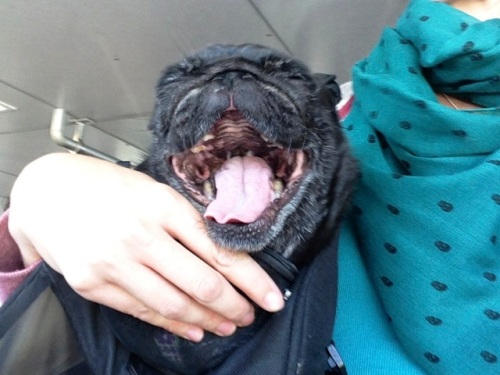 A wonderful trip to a great city, and we’re already planning our next little adventure.

But for the next few weeks, I think we’ll take a bit of time out to enjoy our own gorgeous city in the most beautiful season of all.

Thank you, Daisy and Donald, and thank you, Chicago, for a fantastic weekend and some wonderful memories. We’re already planning our triumphant return.