One of the benefits of being a “pug person” is that folks already think you’re kind of cracked, so I say … why not go all the way?

In an effort to appease the weather gods into prolonging summer, we decided to have our version of a luau – Canadian-style. 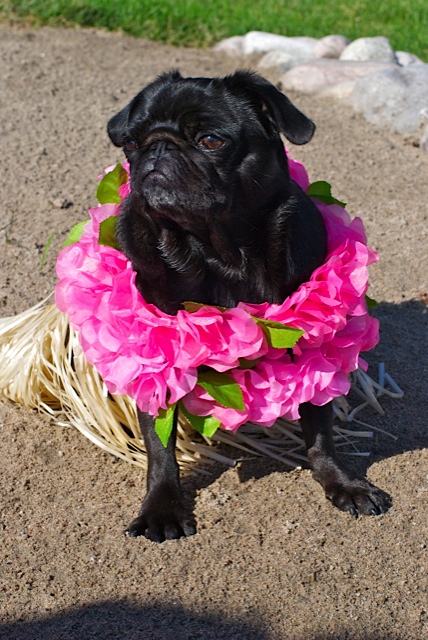 Luaus apparently aren’t really The Pug’s thing, so we were happy that she decided to come out and join us. Perhaps disappointed at the lack of poi and roast pig, though, Lola participated by glaring at us as she attempted to nap.

Despite having fun (well – the humans did, at least), I think that we succeeded in actually pissing the weather gods off, because the weather has been kind of crap ever since.

Or perhaps the pug has higher connections than I thought….

11 responses to “Tiny Puggies…In the Wine….”